Genetically Modified Foods: Get the Facts 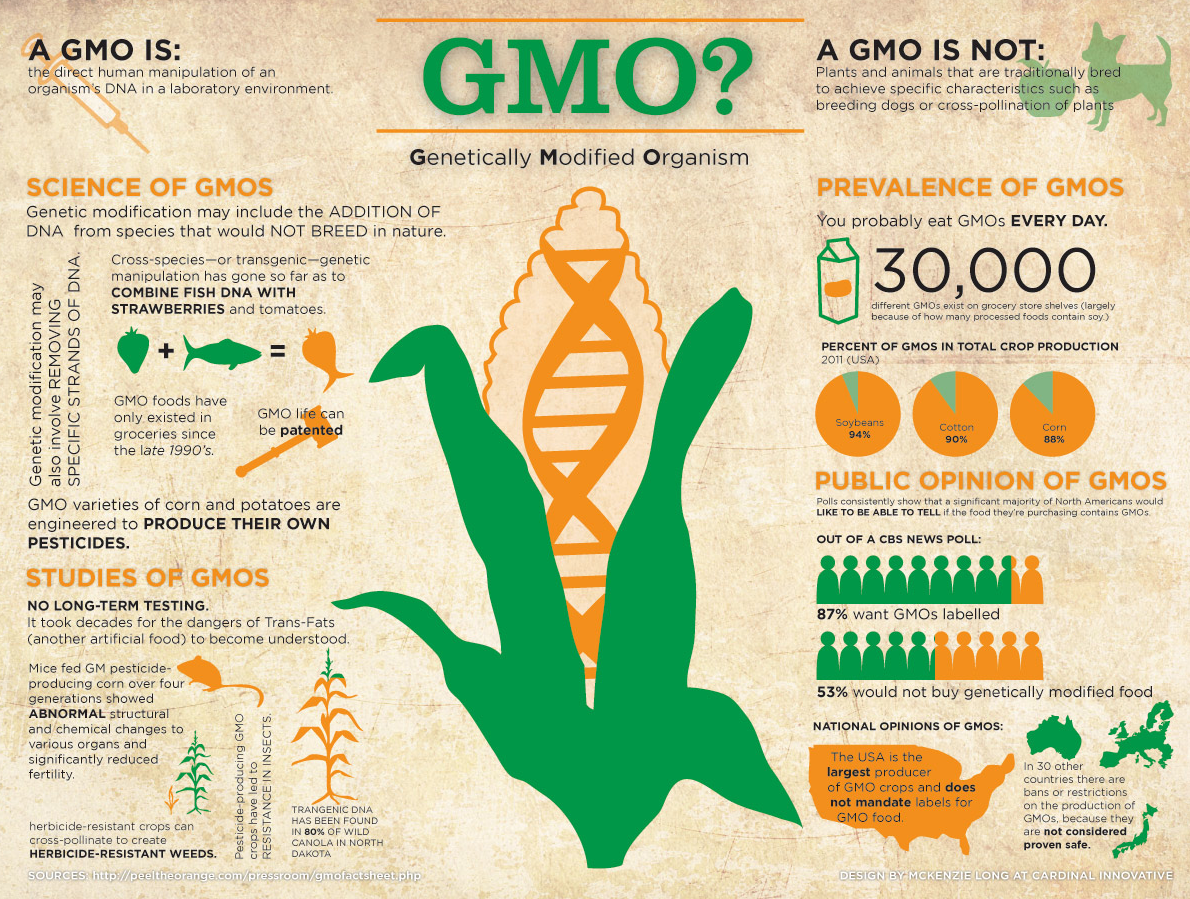 Posted at 23:34h in My Folsom Chiropractor Blog by Core Chiro

This all sounds really good, right? You’ve got your larger produce, which goes further; resistance to pesticides, herbicides and insecticides; enhanced flavor and consistent crop growth. But, you can’t stop there; you have to track the whole story.

On farms that large companies own, they genetically modify their crops, they don’t rotate crops, which gives the earth time to replenish itself. Instead they simply soak into the ground chemical fertilizers that force the land to yield vegetation, the same vegetation. They kill many of the bugs that naturally would live and die in the soil replacing nutrients.

These foods introduce toxins that reportedly caused lesions in the lab rats. If that is the measure for safety in humans, this is not a good start. The lesions in the rats could spell danger from ulcers for humans.

The test performed by the Food and Drug Administration was haphazard at best. And even that was not enough to stop the government from pronouncing the test a success, and extending the approval response to other GM foods, therein negating the necessity for testing future produce.

Organically grown foods are grown on land that is free of harsh pesticides. These foods are grown in naturally cultivated, rotated soil. The produce has far fewer of the chemicals in it, and sometimes more nutrients as well. -Dr. Edward F. Group III, DC, ND, DACBN, DABFM