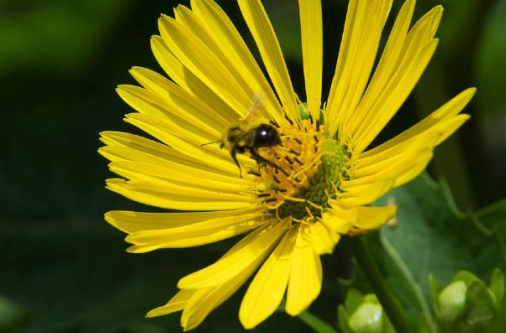 Posted at 17:10h in My Folsom Chiropractor Blog by Core Chiro

When most start to sneeze or get watery eyes, the first thought is often to pop an antihistamine pill. But did you know that chiropractic adjustments could help you overcome your allergy problems? Most people only associate chiropractors with back and neck pain, but we can also help the body achieve optimum health by ensuring the spine is correctly aligned. By releasing stress on the nervous system caused by a misalignment, chiropractic permits the immune system to function more effectively…something all allergy sufferers need!

A study from the University of California found that signals from the nervous system might influence the function of the immune system. Our immune system is there to fight against viruses and infection, help to keep the body performing at its peak, and also to help dismiss foreign contaminants that enter the body. When our body displays signs of allergies, it’s because it detects the presence of a foreign object such as dust, mites, pollen, etc. and it produces chemicals to neutralize and expel the allergens. These chemicals are known as histamines. In the case of allergies, the immune system overreacts to the presence of the allergens in the body.

Most traditional treatments for allergies, such as antihistamines, only deal with managing the symptoms and don’t eliminate the cause. The safety of anti-allergy medication is under debate, the long-term use of antihistamines or combined with other medication may cause cancer. A study conducted in lab rats with brand name anti-allergy medication found that cancerous tumors in the rats grew much father with the intake of antihistamines. However, there are several natural remedies that may provide you with the same level of relief that you get from a medicated nasal spray or antihistamine pill. Many natural remedies can duplicate the symptom-relieving effects that you would get from an over-the-counter allergy medicine; some remedies also have the added benefit of being less expensive.

1. Essential oils
One of the most miserable allergy symptoms is congestion. While many over-the-counter medicines use decongestants like pseudoephedrine or various antihistamine preparations to counter congestion symptoms, some allergy sufferers may get a similar level of relief from essential oil vapors. One of the most popular essential oils used for easing congestion is eucalyptus oil. Eucalyptus oil has long been used in cough lozenges, and its decongestant properties are well-known. Some people also like to use peppermint oil or lavender oil. (We recommend only 100% Pure, Therapeutic Grade Essential Oils.)
There are two primary methods for creating essential oil vapors: candle diffusers and hot water. Candle diffusers use the heat from a tea candle to warm the oil and release the aroma. Simply place a few drops of an essential oil mixed with water in the upper reservoir of a diffuser and let the oil slowly evaporate into the air. Another method is to put a few drops of oil into a bowl of hot water and inhale the steam. You can also drape a towel over your head to enhance the effect. However, use caution when handling essential oils. Some concentrated oils can irritate the skin on contact and others, such as eucalyptus, are even toxic if ingested in high amounts

2. Tea and coffee
Besides giving you a miniature dose of steam, hot teas can also deliver a dose of allergy-fighting compounds. According to a medical study provided by the National Center for Biotechnology Information, bioactive compounds found in green tea were found to inhibit the release of histamines. Other teas, such as peppermint, have beneficial decongestants properties. Coffee and tea also contain caffeine, which is known to provide quick allergy relief by reducing swelling and opening the nasal passages.

3. Honey
There is also a lot of anecdotal evidence that suggests ingesting locally harvested honey relieves allergy symptoms. Since bees make their honey from pollen that is collected from the local environment, it is believed that eating the honey will strengthen your resistance to local allergens, much in the same way that a vaccine made of weakened microbes inoculates you against a disease. Unfortunately, there appears to be little scientific evidence to support this theory. On the other hand, there doesn’t appear to be a downside to eating delicious, locally produced honey.

If you’ve spent long hours outdoors during the pollen season, wash your hair to remove pollen after you come inside. The sticky yellow stuff tends to collect on the hair, making it more likely to fall into your eyes.
If you wake up in the middle of the night with a coughing, sneezing allergy attack, a hot shower may wash off any pollen residues you’ve collected on your body throughout the day. (You might want to change your pillowcase, too.) It may also help open up your sinuses, at least for a while, making breathing a little easier. The warm water may even help you relax and go back to sleep.

5. Dehumidifiers
Dehumidifiers remove excess moisture from the air to keep your home smelling fresh and feeling comfortable.
Dust mites love a humid environment, which allows them to reproduce like crazy. Invest in a dehumidifier or use an air conditioner, which works equally well. A dehumidifier can also help prevent mold, another allergen, from growing. When cooking or showering, take advantage of the exhaust fan, another way to help keep humidity to a minimum.